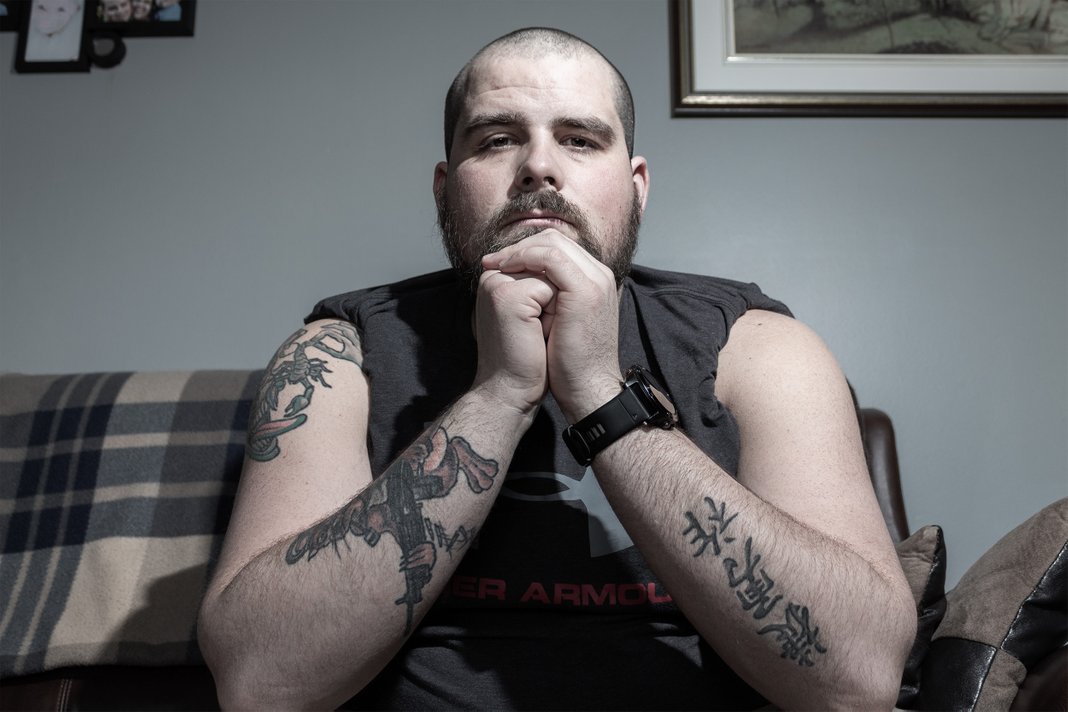 Even though he's still very young, Anthony has been a member of the Canadian Forces for 12 years already.

When he was a kid, he wanted to become a lawyer (because he has a big mouth, his words) or a police officer.  Anthony always had a passion for guns but also for history. in 2007, at 16 years-old, he decides to join the army  as a reservist. So it is as a infantry reservist that Anthony leaves for his first mission in 2009, in Afghanistan.

Anthony always knew he wanted to go. He wanted to travel, experience life. When you're in Afghanistan, you're not training anymore.  Afghanistan is the real deal.

Only two week after he got there, he's getting ready to go to bed after a night shift.  It's 12h06. He hears a loud boom coming from the Governor's Palace. The alarm rings, he gets up and rushes outside and hears a second and a third boom.  Three Afghans blew themselves up. This is the reality of missions. Anthony says it's the first event of the kind that leaves the deepest mark.

That said, Anthony continues and finishes his mission. And he would go back without any hesitation. All things considered, it's still been a positive experience for him.

Upon his return, Anthony transfers in the regular Force.  He signs for 25 years. He's 19 at that time. After a few years in the infantry where his body suffers quite a bit (back, knee, hearing problems, light PTSD), Anthony switches career and joins the Air Force. He now works with missiles and munitions on jets.

Anthony lives the army. He breathes the army. He got multiple tattoos representing the army. Those you see on the photo: the 22nd regiment's beaver, holding the gun Anthony worked with for 6 or his 8 years in the infantry.  A joker and a scorpion on his shoulder which represents his company and Afghanistan. The Chinese signs on his arm mean Victory, Brave and Loyalty. And there are also those we don't see, one of which is the name of his sergeant in Afghanistan who suffered from PTSD and committed suicide in 2017. And he intents on adding more tattoos.

He still has half of his career in front of him and when talking to him, we can feel his passion.  We wish him the best for the remaining 13 years!