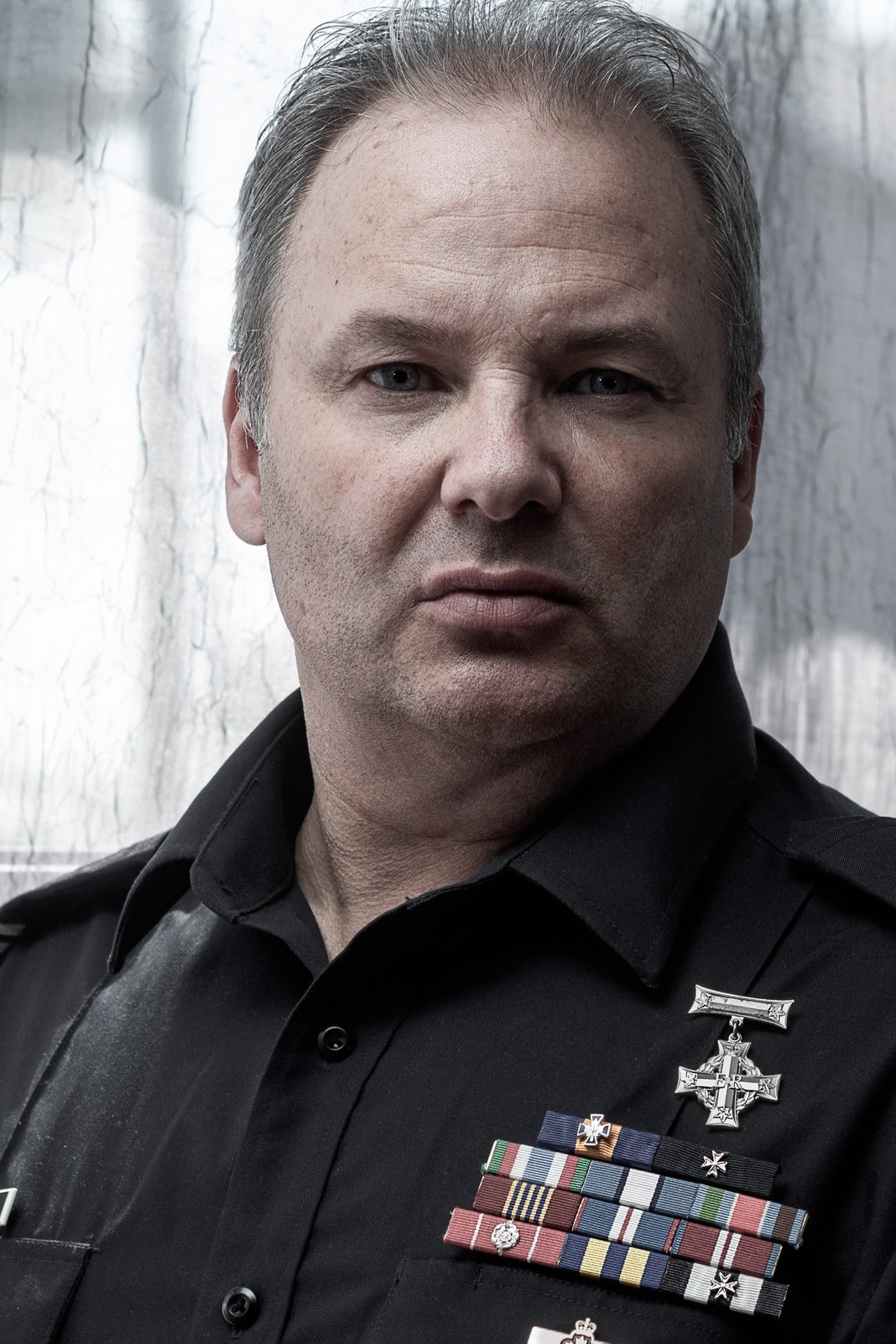 Denis was born on December 10 1966 in St-Jean-sur-Richelieu. He’s the youngest of a family of 5 boys.

When he was little, Denis dreamt of becoming a veterinarian or a biologist.  But as it turns out, he didn’t have good enough grades in science.  As a young boy and man, he already liked the uniform and also the team spirit. He first became a Cub Scout for 3 years, then a Scout for 3 years also.  He then spent 4 years as an air cadet.  At age 19, he decided to enroll in the Canadian Armed Forces and became part of the 2nd battalion of the Royal 22e Regiment. He was part of the regular army with the objective of becoming a member of the Special Forces.  But right at the beginning of his training, Denis develops joint pain.  But Denis suffers through it and makes his case worst.

His first mission out of Canada is with the UN, in Cyprus in 1987. It’s also the first time he travels out of the country.  He’s stationed in Nicosia.  He stays 7 months in Cyprus, in the No Man’s Land. For Denis, it’s been a mostly uneventful mission, except for intimidation by opposing forces  directed towards the soldiers who worked the border. Despite that intimidation, he truly enjoyed his mission. When he has some days off or vacation time, Denis can go out and enjoy other parts of the island. Between the border and the rest of the island, it’s like two different worlds.

His second mission takes place a few months later in Norway, for the Brave Lion exercise, the biggest one at the time since WWII.  Another great experience for Denis.

Back in Canada, Denis is stationed at the citadel in Québec City.  There, amongst other things, Denis is part of the Red Guard, the one where we see the soldiers dressed in red with the fur hat, where they have to stay immobile with people trying to get them to react. Denis enjoyed that experience as well.

After his first 3 years in the army, Denis dreams of going to Germany and join the other Canadian soldiers already there.  His dream is about to come true and he’s supposed to be leaving soon. It also happens to be time for him to renew his contract with the army for a longer period.  But his joint pain is so bad, he has to make the very difficult decision to leave the army.  Needless to say Denis goes through a mourning period.  But he has no other choice.  To try and think about something else, he takes his backpack and goes traveling for 7 months.  During that time, he visits 32 countries, some of which are going through war.  He’s looking for that adrenaline he wanted to have in the army.  He goes to Northern Ireland where the IRA is active, to Israel… it’s his way of replacing the army, of controlling the frustration of having to give up his 30 years dream career in the army, which is what he was hoping to do.

With the Oka crisis in 1990, he feels even more the call from the army.  Denis tries to enter the army reserve. It works, and he begins his career in there in 1991.  He’s placed with the 4th battalion of the Royal 22nd Regiment in Laval. He remains in the reserve for 26 years, until December 2016, when he is discharged for medical reasons.  Denis says that if it wasn’t for that, he would still be there.

In 1995, Denis is a police officer in Montréal and a reservist in the army.  He is offered an opportunity to go to Bosnia. Without hesitation, he asks the Montréal police for a year off and leaves for Bosnia. It is a UN mission. During the genocide of Srebrenica in Bosnia, Denis is located very near the location where the events are taking place.  During the genocide, the Serbs kill close to 9000 persons in 3 days. But the soldiers can’t intervene, even though they are right there.  But they are in Bosnia with the UN, they cannot intervene, it is not part of their mission. Denis goes though a lot of frustration regarding that.  For him, the role of a soldier is to help, so he’s expecting reinforcements to arrive and get implicated.  It is incomprehensible for him that they cannot do anything.   Upon his return, frustrated by the situation, he even goes public on the matter.

But the main event for Denis during his mission in Bosnia took place during a patrol with his best friend, Gerry, also his supervisor and a Military Police offcier.  Denis is placed with that unit because of his experience as a police officer, even though he is in theory part of the infantry.   Gerry and Denis are patrolling in a Jeep and, without knowing exactly how, they drive outside their perimeters.  They find themselves in the Serb zone.  In theory, they cannot take photos but they happen to be in front of a nice landscape, which is rare.  Gerry takes a picture and they go on their way.  While passing in front of a Serb base, they get ambushed and threatened by two Serb men wearing face hoods, holding AK-47. Denis is the driver and his friend is the passenger.  The two Serb men ask Gerry to follow them, since it was him who took the photo.  Denis asks Gerry "What should we do? We have to do something ". But Gerry, a big tall man, tells him not to worry.  He’s expecting the Serbs to take his camera and destroy the film, and that’s it.  So he leaves with the Serb men.  Time goes by, Gerry doesn’t come back.  Denis tries to negotiate with the soldiers at the barrier, but they don’t speak the same language.  He tries to call someone with the radio, but they are all out of reach since they are in an area with mountains around them.   He tries to go to the small village nearby to get help, but can’t find anybody.  Finally, Gerry comes out after 4 hours, but he’s a changed man.  His eyes are red, glassy, he limps.  He obviously went through something bad.  He sits in the Jeep and they leave.  Denis questions him, he wants to know what happened, but his friend refuses to tell him.  Denis ends up parking the Jeep on the side of the road and insists… He needs to know. Something went really bad. Gerry has been gang raped by the Serb soldiers. Under the circumstances, his big stature wasn’t enough to protect him.  A moment of silence follows… and then they discuss what comes next. What are we going to do?  Should we report it? Should we at least ask for medical help? Gerry refuses.  We are in 1995 and at that time, available resources were not the same as today.  Gerry asks Denis to promise not to say anything, to anyone, ever.  For him, being a supervisor, he can’t imagine doing his duty with people looking at him and judging him.  He doesn’t want to go through that.  He doesn’t want his wife and young kids to go through that.   Unwillingly, Denis promises.

A few years after they came back, Gerry committed suicide.

Denis lives with this heavy secret for 17 years.  Then, he himself having health problems and depression, he starts talking about it. To his psychiatrist first, then to others. He succeeds in having his friend honored by  having the Medal of Sacrifice given to him posthumously. A banner floats in St-Jean-sur-Richelieu every year from the end of October to Remembrance Day in his friend’s honor.   Also, as a police officer and accompanied by a service psychologist, Denis is doing a tour called "Tour 5.0".  The goal of the tour is to have 5 years without suicides in the Police corp. They visit every team, Denis talks about his experience, tells the police officers not to wait before asking for help.  He also speaks to soldiers about his experiences.   Denis uses his own experience to help others.   And it works. He made it his mission to help veterans.

Today, on top of being a police officer, Denis is also a firefighter for the city of St-Jacques-le-Mineur. Also, he is part of Ambulance St-Jean as a medical first respondent.

In honor and remembrance of his friend Gerry, Denis wears on his uniform the Memorial Cross.  This cross is given by the gouvernment to three members of the family of the soldier who passed, or to very very close friends. The choice of who will receive it is normally written by the soldier in his will, if he looses his life while serving.  On the back of the cross, you can read Gerry's name and a few other information to remember Gerry by.

Denis found a way to make something positive from his negative experiences, in order to help the police officers and veterans that need it.  By doing so, he continues to honor his friend’s memory every day. There is no better legacy than helping others to go through their own difficult experiences.