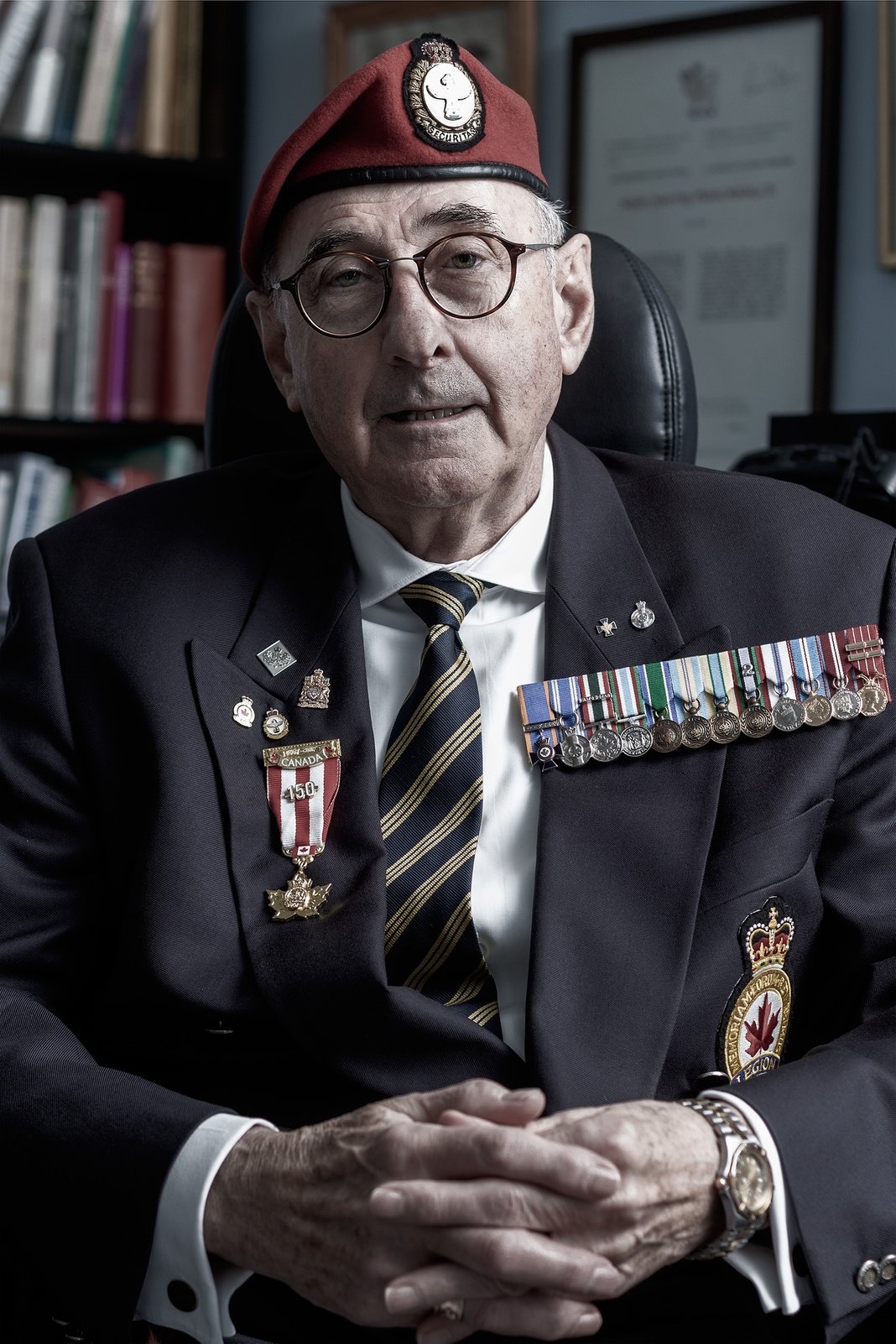 From Abitibi to Rwanda, or Jean-Guy Plante’ story.

Born in Abitibi on February 13th 1943, Jean-Guy is the oldest of 5 children. He grew up in Saint-Félix, where his dad worked in heavy machinery.  He likes to say he was born in a truck and grew up on a tractor. During his youth, he sees himself become a truck driver. When he reached adolescence, he works for his dad during the summer and goes to school during the winter.  His schooling years end with the equivalent of a 9th grade.

Just before he turned 17, an encounter with his cousin who came to Abitibi during the Holidays will change Jean-Guy’s life.  His cousin is in the army and he was wearing his uniform at the Midnight Mass. Jean-Guy is really impressed and decides that’s what he wants to do.  He talks about it with his parents who are strongly against the idea, especially his father.  But despite all this, his father takes him to the recruiting center a few weeks later.  That is how Jean-Guy’s career in the army begins.

In 1964, he goes on his first peacekeeper's mission in Congo. For a young man from Abitibi who never traveled out of the country, it is quite the shock! A thermal shock, but also a cultural shock: coming from a small village in Abitibi, he had seen very little people of color in his life.  He is also very touched by the poverty he sees. He remains in Congo for a few months.

After his return and a couple months after his son was born, Jean-Guy is offered to go to Germany for 3 years.  He says yes without hesitation! In the end, he and his family will remain in Germany for 5 years.  Upon his return, he is transferred to Saint-Hubert.  Since they couldn’t have any more children, his wife and he decide to adopt.  In 1974, their desire to have a daughter is finally met. It is an important and touching moment for the family, who had waited a long time for this opportunity that will change their lives forever.

After a few years in the Canadian Armed Forces, Jean-Guy is now a Sergeant.  But to be able to continue to move forward and become an officer, he needs to go back to school.  His boss is strongly advising him to do so.  He proceeds to take night classes that will last 4 years.  His efforts won’t be in vain: after completing his education, he becomes a Lieutenant.

It’s in 1978-1979 that he goes on his second peacekeeper's mission, that time in Egypt and Israel.   That mission allows him to visit Egypt, Israel and Syria.  Upon his return a few months later, he is promoted and becomes Captain.  He is put in charge of the Military Police in Val-Cartier.  He remains there for a few years.  Back in Saint-Hubert in 1985, he is promoted to Major and transfers at the Army headquarters, and 2 years later to the Military Police Special Investigations Unit headquarters.   He now holds the post which was held before by his boss who had advised him to go back to school.  Wasn’t that an excellent advice?

Up until then, Jean-Guy had been a field man.  He is then transferred to Ottawa where he needs to do more office work than field work.  But Jean-Guy is a man of action and office work is not for him.  He asks his boss to get him out of there.  Retirement is coming soon and he doesn’t want to finish his career in an office. He receives an offer to go to Somalia.  He is more than ok with that and he even insists himself that he'd be chosen to go. In 1994, he is given the assignment officially, which makes him very happy: he can go back to doing field work.

It is another peacekeepers’ mission. In Somalia, he is in charge of rebuilding the newly reformed Somalian police. He loves his work which is very interesting and stimulant, field work like he wanted to do, in a country that just went through war and where the element of danger is still very much present.  He has about 100 people working for him.

He had been in Somalia for about 2 months and a half when the events in Rwanda took place.  It’s April 1994, it’s the Genocide in Rwanda.  General Dallaire is in command in Rwanda. He asks to have two or three other Canadian officers to help him because at that time, only one other Canadian was working with him and all others came from forces from different countries.  A deal is made with the United-Nations to transfer Jean-Guy and two other Majors from Somalia to Rwanda. The deal says Jean-Guy will stay in Rwanda for two months and go back to Somalia after.  He has no clue what is waiting for him in Rwanda but he’s happy he’s going.  He’s a man of action.

He already knew General Dallaire for about 15 years. Once he got to Rwanda, his first mission is to evacuate people whose lives were in danger.  A dangerous mission, but at the time he wasn’t really scared because working in the field is what he does.  At the same time, more and more journalists from all over the world are arriving in Rwanda.  But the UN doesn’t have a spokesperson and that is a problem. General Dallaire is being the spokesperson.  But he is a very busy man, he doesn’t have time to be the spokesperson on top of everything else he has to do and take care of.  He decides Jean-Guy is going to be the spokesperson.  That is how Major Plante becomes the official military spokesperson of the United-Nations in Rwanda. At that time, Jean-Guy was just beginning to understand the situation between the Tutsi and the Hutu! He had to learn this new job fast in circumstances that were far from easy.  What a job! He is also in charge of security and transports of the journalists and medias which takes place in UN vehicles. Every morning starts with a press conference.  Then, the journalists decide where they want to go. Jean-Guy accompanies them. He can decide they can’t go if he judges it’s too dangerous: the respect of the fighters towards the UN vehicles is not complete and total.  That rises the level of danger.  Jean-Guy says that respect is almost gone today. It’s partly due to the fact that wars are now mostly civil wars.

Jean-Guy stays 1 year in Rwanda instead of the 2 months that were part of the deal and he never goes back to Somalia.  During that year, Jean-Guy takes part is some events that earn him a medal from the General Governor. One of those events is the rescue of a father and his two sons, after the wife and daughters of the father had been brutally killed during the Genocide.

Jean-Guy doesn’t talk about what he saw in Rwanda.  These are things he wants to keep for himself, things that are personal to him.  Today, we know enough about the events in Rwanda to understand his desire not to talk about it.

When he comes back to Canada, he has only one year left before his retirement.  At that time, the Army is looking to reduce its staff. They offer Jean-Guy to retire now and he says yes, simply because he knows he will have to retire soon anyway.  But without the obligation to retire, he would still be active.  He truly enjoyed his military career.

In the years following his retirement from the army, Jean-Guy keeps busy!  He works for the United-Nations in Togo and in Mozambique. He is also advisor (and even a little bit actor!) for the movie "J’ai serré la main du diable”, based on the book by General Dallaire about the events in Rwanda.

When you meet Jean-Guy, you find he is a very impressive man, bigger than life.  His story is touching and extraordinary,  I would like to thank him to have taken the time to share it with me.