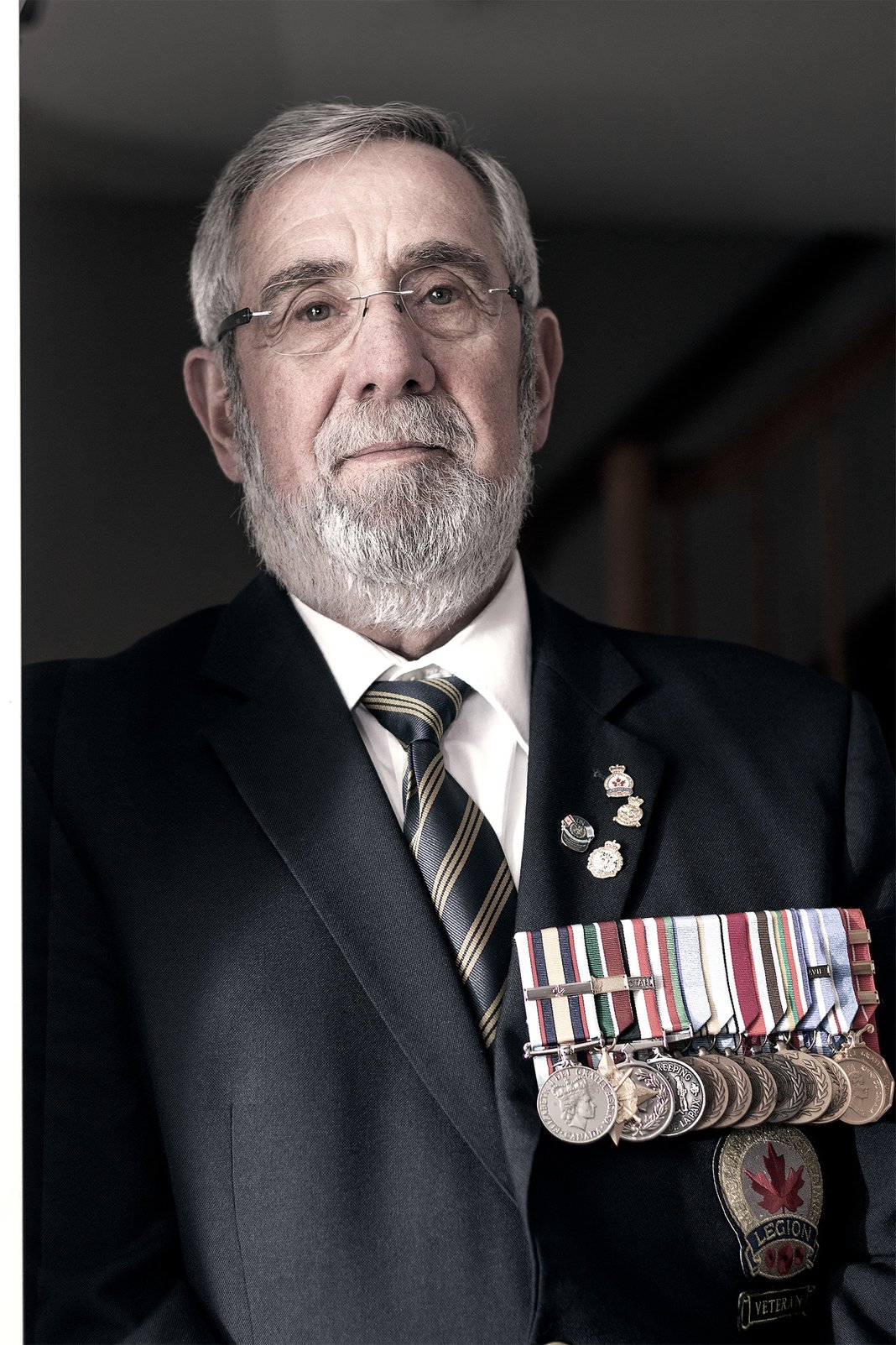 As a young man, he wanted to become a police officer or a firefighter, or a lineman for Hydro-Québec, like his father.

It's in 1968 at age 16 that Gilles lives his first experiences with the Canadian Armed Forces  avec by joining the reserve. He'll remain in the reserve until 1975. During that time, in 1973, Gilles is deployed for the first time in Egypt and in Israel, as a driver.  And what an experience it was!  A young man that never traveled before leaves for a one year mission in far away countries. Despite difficulties, Gilles keeps very good memories of his first mission.

When he got back, he met his wife and decided to become a police officer.  But, as it turns out, he was just a little too short to join the RCMP.  Therefore, he decides to join the permanent army.  We are in 1975.

During the first part of his career as a driver, Gilles will have the opportunity to escort the athletes during the Olympics in 1976 in Montreal and he will also be deployed in Australia and Germany, where he'll stay for 4 years.

In 1980, he decides to change career inside the Armed Force and becomes Military Police.  He finally can be a Police Officer!

Between 1980 and 2012, at which time he will retire, Gilles will participate in UN and NATO missions (Cyprus, Bosnia, Central African Republic, amongst others).  He will work security in embassies in Paris during 4 years, in Syria during the Gulf War, in Peru, Nigeria ... on top of being deployed in Columbia, Mexico, Honduras, Afghanistan and many other places.

Gilles absolutely adored his career and all the opportunities he got.  Today, he is President of the Canadian Legion in Beloeil and keeps on being implicated with veterans.

A big thank you to Gilles for such a great session!